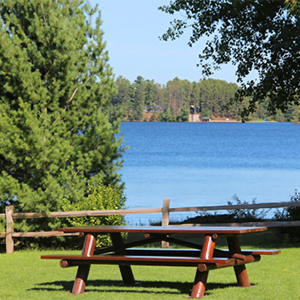 For thousands of years, Indigenous communities have lived among Northwoods lakes, streams and forests, thriving with abundant resources. In the early 1700’s, the Fox and Dakota nations were driven from the Northwoods by the Lake Superior Ojibwe. The Ojibwe established a camp on the east shore of Manitowish Lake. They made sugar, fished, raised potatoes, picked berries and buried their dead.

In 1860, government officials established township boundaries and noticed the valuable timber resources and chain of lakes convenient for floating logs to sawmills. By 1884, canoe flotillas looking for timber had established the first pioneer settlements in what is now Manitowish Waters, and in 1887-1888 the first dam was built to hold chain waters for logging and river driving.

In 1927, the Town of Spider Lake was officially established; it was renamed Manitowish Waters in 1940. Then, in 1946, cranberry farming began around Little Trout Lake, establishing what is now a significant business in Manitowish Waters. Today, five cranberry marshes operate along Alder Lake Road and Cranberry Boulevard.

Today, the Manitowish Waters area is the ideal spot to “get away from it all.” Located in Northwestern Vilas County in Wisconsin’s Northwoods, Manitowish Waters is known for its quiet, less stressful surroundings, perfect for a family vacation, reunion, romantic getaway, hunting or fishing excursion, or leisurely day trip. With a year-round population of roughly 700, Manitowish Waters sees quite an increase throughout the seasons from a combination of seasonal residents, second home owners and vacationers. 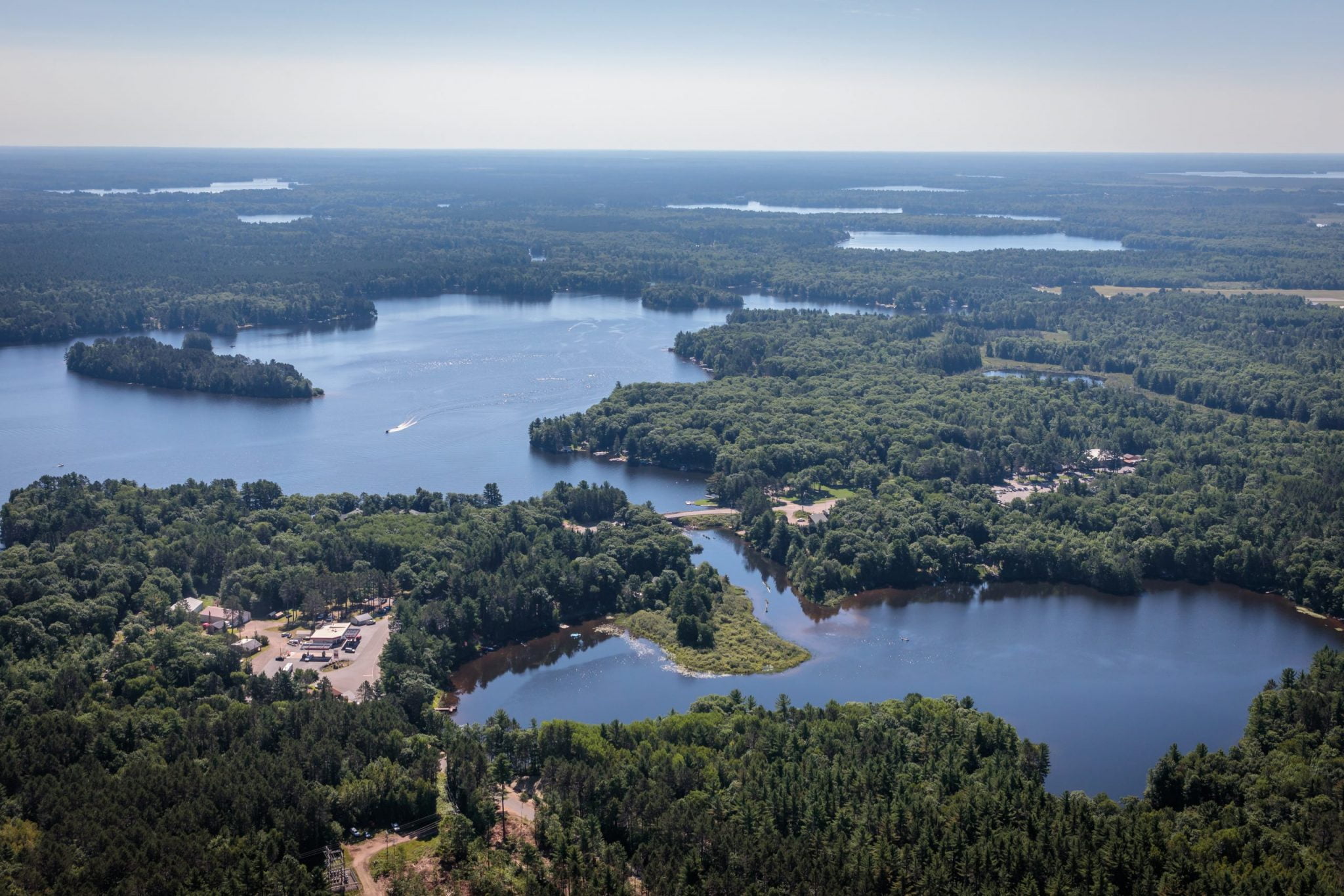 If you’re thinking of relocating to somewhere with incredible natural resources and recreational opportunities, with convenient access to creature comforts (shopping, dining, internet access), come home to Manitowish Waters, where these amenities are offered in abundance.

Manitowish Waters attracts outdoor enthusiasts of all types with its parks, trails, and lakes galore to offer endless opportunities for boating, paddling, hiking, biking, snowshoeing, cross-country skiing, snowmobiling, fishing and more. If the weather or your inclination brings you indoors, our numerous restaurants, downtown shops, and spa services will delight you. And residents aren’t limited to the attractions within Manitowish Waters alone. Day trip possibilities include biking throughout the county on the Heart of Vilas County Bike Trail or taking a tour of the numerous waterfalls in the region.

For those looking to start a business, Manitowish Waters has many resources to support you. The Vilas County Economic Development Corporation carries initiatives to promote broadband internet infrastructure development and entrepreneurship, enabling this community’s businesses to thrive. Manitowish Waters boasts the comprehensive Frank B. Koller Public Library, which is open six days a week. The library offers workers and learners of all ages a variety of resources, including computers, printers, free Wi-Fi, and unique programming.

If you have children or would like to start a family, North Lakeland School is a public pre-K–8 school in Manitowish Waters. Our community also boasts the North Lakeland Discovery Center and its 60-acre lakefront property used as a community gathering place to explore the region’s extraordinary wildlife, culture and history and as a “class-room” for its impressive outdoor education curriculum.

Whether you call Manitowish Waters your home or your home away from home, our community resources will provide you with impeccable service to help you get settled.

Mani Money is a check – not a gift certificate……So our MW Chamber businesses will accept this just like a personal check.

Mani Money is available in all denominations and can be spent at any Chamber Member Business that is listed on this website.

Stop by the Chamber today to purchase your Mani Money or give us a call if you have any further questions – 715.543.8488